We will not be hosting Ascend To Vegas Fall '21 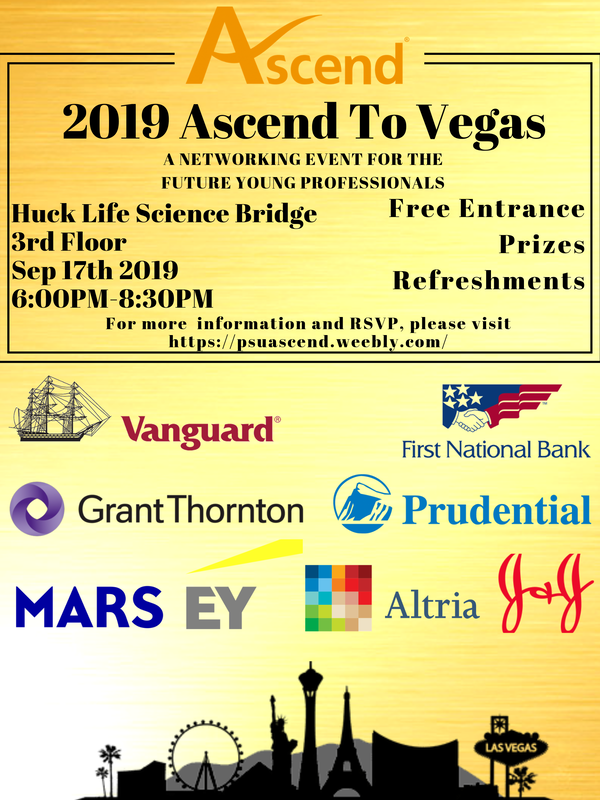 What is Ascend to Vegas?

Ascend to Vegas is a largescale networking fair held annually by Ascend Penn State. Representatives and managers from participating organizations are encouraged to engage and network with Penn State students outside a rigid career fair setting. Although all 2.5 hours will consist of traditional career fair style networking, students will also have the change to network with recruiters by playing casino games. To encourage a friendly yet competitive atmosphere, grand prizes are awarded to the three participants with the highest poker chip count at the end of the night!

​What Happens During Ascend to Vegas?

Attending company professionals and Penn State students are both encouraged to participate. Each participant will walk into the event with a fixed number of chips. There is no entry fee, and no actual money will be involved or exchanged in and during the event. Once the Ascend President makes the announcement, the games will begin and participants are free to move through the event location and attend games of their choice. Those who do not wish to participate in the games may choose to engage with recruiters at their organization's information table, similarly to a traditional career fair. Student moderators from Ascend will act as dealers for each game table for the duration of the event.
The event is catered, with food and drinks set to the side.
The participants will be asked to cash in their chips at the end of the night. Members of the Ascend Executive Board and Signature Event Committee will count the chips for each participant. During this time, members can continue to network with company representatives that they had not yet spoken to. Once the numbers are finalized, the Ascend President will give final and closing remarks before announcing the three winners with the most amount of chips.